The takiwā for Taranaki Whānui ki Te Upoko o Te Ika was recounted to the New Zealand Company by the Rangatira, Te Wharepouri in 1839 and followed the Māori tradition of marking a takiwā by tracing from headland to headland.

The eastern boundary was established by the kāinga at Mukamuka on the stream of the same name.  The takiwā included the catchments of the Ōrongorongo, Wainuiomata, Te Awakairangi (Hutt) Rivers and Makara Stream along with Te Whanganui ā Tara and the three islands in the harbour.   The western boundary was established at Pipinui Point and included the pā of Ngutu Kaka on the North Western side.

The rohe covered by the claims of this grouping is shown in the map below:

Click on the map of our rohe to enlarge: 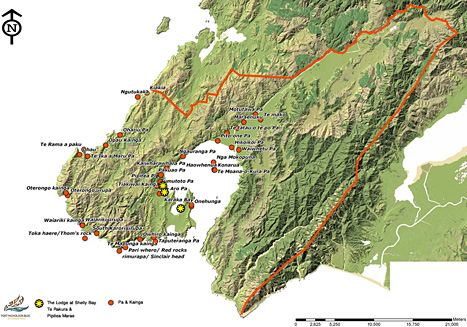 No matter where members live, they are entitled to participate in and benefit from the initiatives and outcomes of the Trust. Obviously the majority of members live in New Zealand however we have a large number resident throughout Australia and others live in such places as the United States, United Arab Emirates and Europe.